THE RAINBOW PATH: IMAGINE THE KEY ​is a 55,000-word middle grade fantasy novel pitched as "The Wizard of Oz meets "This is Us," but with a lot more mythology, magic, pirates, tricksters, and a bit of time travel. It is a standalone novel with series potential perfect for fans of Less Grossman’s The Silver Arrow with the historical period of We Dream of Space (the 1980s) by Erin Entrada Kelly.

I earned my PhD in theatre from Louisiana State in 2011. I’ve published articles in anthologies and journals, including two related to The Wizard of Oz, as well as a play and a deck of meditation cards with an accompanying book. I am an active member of SCBWI and the #MGnificents.

I'm offering this book for pre-order through Ink-shares so you can help get it published. When I sell 750 copies, I will have full support of a professional publishing, marketing, and distribution team. Supporters will be able to read advance copies.

She finds a key in a library book that lets her walk between worlds—into mythic stories of imagination. When a sentient Shadow threatens her magically, a teacher suggests she find light on the “The Rainbow Path,” in a story of seven disparate lands. She meets kids with amazing powers—they wrangle dragons, fight mind pirates, shapeshift, even control the weather—but she is the only one who can cross between the worlds. Filled with self-doubt to the point of depression, Iris thinks she could not possibly be good enough to complete this quest. If she can’t, or won’t, find a way to open the doors between these realities, creative kids everywhere will stay isolated and alone. As she learns more about herself and those around her, she also begins to wonder about the Shadow. Maybe her enemy wasn’t really an enemy all along.
Find out more on Inkshares: The Rainbow Path 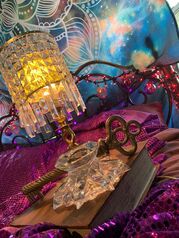 Magic on the Rainbow Path is based on connection through diversity, seeing those who are different from you and finding how you can connect. That’s what creates the light and changes reality. Protection from the -isms (the PRISM) comes from truly seeing the other.